The unified rules of MMA [mirror] are the rules used by all of the major MMA organizations in the USA and many international organizations.

I believe MMA should mimic a real fight as close as possible while being conducive to the athletes having a long and healthy career. Many of the changes I propose will make MMA safer but some may add some risk.

change: remove gloves and hand wraps
why? Because I want MMA to mimic as close to a real fight as possible. Before we talk about why we should remove gloves from MMA, we need to understand why gloves exist in MMA in the first place. They were introduced to appease the commission because ‘bareknuckle’ fighting was deemed less likely to be approved by commissions. I postulate that gloves make fighters less safe. How can this be? Surely gloves protect a fighter from being hit with a hard fist, right? Yes, but that doesn’t reduce the amount of trauma a fighter sustains; and it’s not the reason that fighters wear gloves in boxing. Gloves exist to protect the punching fighter’s hands, not to protect the fighter being punched. Gloves increase the amount of head trauma a fighter sustains over his career. By distributing the force across a fighter’s hand, gloves increase the force and frequency with which a punch can be thrown. With gloves - a fighter can throw power punches to an opponent’s head without fear of breaking their hands. Don’t believe me? Why did Tank Abbott wear gloves in UFC 6 before gloves were mandatory? To protect the other fighters’ faces? No, to throw haymakers without breaking his hands. Gloves also negatively affect grappling in MMA. Rear-naked chokes especially become much more difficult to pull off while wearing gloves. Everything that was said about gloves can be applied to hand wraps. They exist to protect the fighters hands while also enabling them to exert more force to their opponent’s head and body with their strikes.

change: remove cage
why?: Because cages are just a prop that can be exploited. The rules for cage infractions are not and can not be enforced correctly. How often do you see a fighter get multiple warning for grabbing the cage? How often does a fighter grab the cage with his toes and not receive a penalty? Cages restrict movement in grappling exchanges. The optimal cage replacement is not immediately clear. I imagine something like a wrestling mat. I imagine an inner circle, mid circle, and outer circle. The sizes for these would be up for debate but the inner circle (main fighting area should be very large). The mid circle would serve as a warning area. The outer circle is a penalty/DQ area. The rules might read something like this. Any fighter willfully entering the warning area without being engaged with the opponent will cause the fight to be stopped and have the fighter put in an unfavorable position [RFC: here we need multiple position choices. we need at least one grappler advantageous position (side mount or top mount) and at least one striker advantageous position (this is a bit tougher to imagine but perhaps turtle position?).] A second offense of willfully entering the warning area will result in a DQ. Willfully entering the outer circle is an immediate DQ.

change: remove rounds
why? There aren’t rounds in street fights. This is another holdover from boxing that doesn’t translate well to MMA. Fights shouldn’t have breaks. Breaks in fighting mean that a fighter who fought for 4 minutes to establish dominant position can lose that position and be stood up to neutral. Breaks in fighting mean additional stand-up which means additional striking which means additional trauma to a fighter’s brain. Rounds reward the fighter who has worse cardio. Rounds increase the ability for the corner to compromise a fighter with grease or other forbidden substance.
solution:

change: prohibit all ref breaks other than end of fight or foul
why? Referees play an important role in MMA but their role should never be to ‘force action’ in a fight. Referees are in the ring to protect the fighters and enforce the rules. They should never have to make a judgement call if a fighter is being too passive in the guard, in the clinch, or standing up. If a fight were boring on the stand up, have you ever seen a referee force the fighters to sit down in another fighter’s guard? No? Then why stand them up if the referee thinks a fight is too passive on the ground, in the clinch, or against the case? This applies to all kinds of stand ups. A referee should never intervene to allow a fighter to stand up if another fighter is standing over him. Even if they just stare at each other for 10 minutes, the fight should be allowed to continue. A fighter should be allowed to sit down at the beginning of the fight and butt-scoot towards the opponent if he so wishes. Furthermore, referees should never encourage a fighter to ‘work’ or ‘be active’ verbally. A referee should only speak to issue warnings or penalties. A referee should only intervene in a fight if a penalty was committed, at the end of the fight, or to pause a fight due to unforeseen circumstances (debri in fight area, gear malfunction)

change: allow certain strikes
The following strikes should be allowed:

The only one of these that might be controversial is soccer kicks. The removal of the cage makes soccer kicks safer because the opponent can’t become pinned between the mat and the cage.

There are ways to implement it safely. ONE Championship allows knees to a grounded opponent. They also implement an “open attack” rule to determine if soccer kicks are allowed.
From Bleacher Report :

ONE FC also implements an interesting rule called the “open attack”. When a fighter goes to the ground from either a strike or a takedown, the referee would determine if he is conscious and declare it an “open attack” when he has the ability to defend himself. When that happens, kicks to the head of a grounded opponent are allowed. 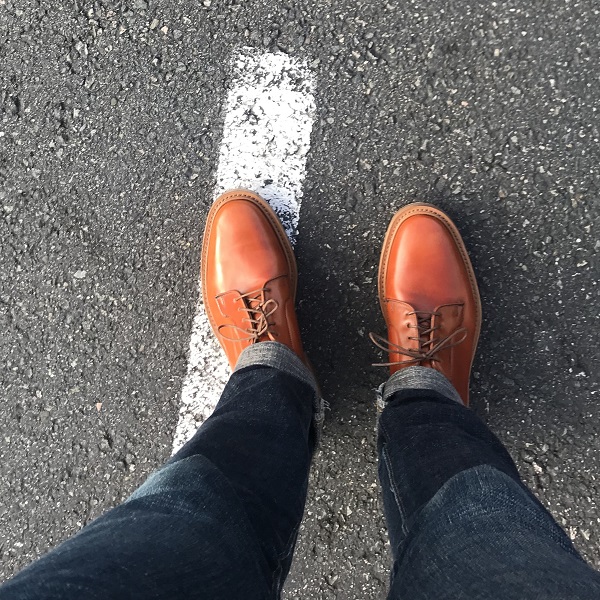